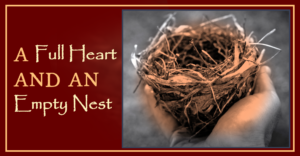 This week I’m blessed to bring you a from-the-heart guest post by award-winning novelist Heather L.L. FitzGerald, one of my uber-talented “publishing siblings” at Mountain Brook Ink! Heather’s encouraging story of our miracle-working God triumphing over her circumstances is near and dear to me, as my husband and I are also parents of an autistic young adult. 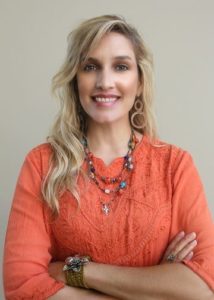 We use this word to describe the big events in life. From baby steps to potty training, starting school to getting a driver’s license, graduation to college… those are the normal milestones of our lives and the ones we mark with our children.

Enter the birth of a curly-headed little boy back in 1992.

As our son Garrett matured, milestones were no longer predictable. As any parent of a child with special needs can testify, our expectations did some seismic shifting. Accomplishments occurred at longer intervals and may or may not have included the typical things that were celebrated by other children. Often, they did not.

So when AWESOMENESS happened in his life, I had to share the good news. 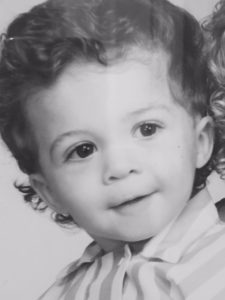 When Garrett finally learned to tie his shoe, spell his name, or ride a bike…it was big. It was HUGE. I wanted to announce it with fireworks and paparazzi! Instead we clapped and cheered and bragged about him like every other parent. Sometimes, I blogged. If you’d like to read about Garrett’s school/graduation experience, you can read about it here.

The term ‘milestone’ denotes a regular rhythm of occurring events. As in: every so often we mark this eventful mile we’ve journeyed with a selfie and–if it’s truly a biggie–maybe a scrapbook. Not to belittle those wonderful incidents that the average person holds dear. I have three daughters that have lived through most of the aforementioned milestones and, yes, we celebrated, and high-fived, and (for graduation) got the scrapbook made. They are beautiful memories and, to be honest, we have grieved the loss of those regular occasions with our son.

But the infrequency of landmark-moments for those with special needs deserves a better moniker than milestone, in my opinion. Ebenezer seems like a better fit. Not the Scrooge-variety Ebenezer but the Bible-variety. It is a word found in 1 Samuel that means “stone of help.” After the Israelites triumphed over the Philistines in battle, the prophet Samuel set up a large “stone of help” to remember the Israelite’s victory. When God’s people looked upon that stone, it would cause them to remember that it was by the Lord’s great help that they had come that far. It was an acknowledgment of God’s provision and blessings in their life.

So this blogpost is a  kind of Ebenezer—a place where I recall a tremendous victory, by the Lord’s great help.

I remember the morning I drove Garrett and all of his earthly belongings to a group residence where he began a life of independence. Where he would room with five other young men of similar abilities. Instead of three sisters, he got five big brothers. His activities included going to Goodwill each day to a life-skills training program, washing all of his own clothes, cooking one meal a week for himself and the guys, playing Xbox, and hanging out in a pretty cool living room plastered with Dallas Cowboys posters.

I dropped him off one morning and I did not pick him up that afternoon.

We had been through hell and back, in many ways, for the previous two years. Mental illness reared its ugly head and knocked us flat. Ripped the oxygen out of our lungs and left us grasping to get back to the “easy” life with autism. The idiosyncrasies of autism were a picnic compared to the sudden and devastating onset of mental illness.

And yet it was through that time in the wilderness, through the hospital stays and medicine, through the sleepless nights and being asked to leave dayhab for behavior problems that we arrived at the doorstep of Garrett’s new home!

Friends, I hope our story will be an encouragement to you in whatever hardship you are facing. Our trials with autism are not worse than your trials of being childless or losing your job or the death of a loved one.

Pain wounds us no matter how it manifests itself in our lives. But when we allow God to use that pain for His purposes we can endure it with hope. Pain doesn’t get the last word. Our heavenly Father does.

We don’t get to see the end of the story, let alone the next chapter. We don’t know when a plot twist will leave us devastated or overcome with joy. Although this current chapter may be filled with tests and darkness, and maybe the next chapter and the one after that will be just as awful–but they will ultimately serve a purpose in our lives if we trust God and walk in gratitude and hope.

Not that I’m a shining example of this. But I’m learning.

After Garrett was asked to leave the dayhab he attended we were pretty discouraged. What do you with a 24-year-old young man on a daily basis? There’s just not enough stuff to keep him occupied at home. And he can’t be left on his own for long so he mostly did whatever I did, convenient or not.

I called one of the agencies that advocates for special needs clients and said, “Help!” They pointed us to two workshop/dayhab programs that Garrett could try on a three-day trial basis. The first day, at the first workshop, we were asked if Garrett might be interested in living in a group home.

Um. Yeah. But that’s sort of like winning the lottery. Practically impossible from what I hear.

The lady explained that just that morning she found out about an opening in a home with guys that were similar in abilities to Garrett. In the best sort of plot-twist ever, Garrett went to live in that very home! Crazy, right? What we thought was another blow to Garrett’s adult life became a springboard of blessing.

If you think about him, or me, or us, would you kindly ask the Father to help Garrett have the spirit of self-control? Like all of us, Garrett is a work in progress. His shortcomings are just a little more in-your-face than our own. He needs compliance, initiative, and the ability to get up early and get ready. Little things for most of us.

We are so thankful for the Lord’s provision in Garrett’s and our lives. As I packed his things and made him a lunch that first day, my heart felt so full.

Full of wonder. Full of hope. And, to be honest, full of anxiety. Would this really work out?

Like all of us, I must continue to cast my cares upon the Lord and trust His goodness and purposes for Garrett, and us, no matter the outcome.

What seemingly negative circumstances have become a blessing in your life? Please comment and share your story with me! 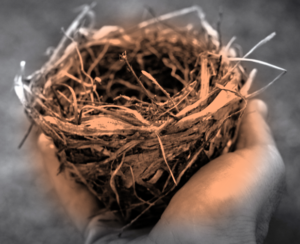 Heather L.L. FitzGerald writes from her home in Texas, while dreaming of being back in the Pacific Northwest, where she grew up. She’s been married for 28 years and has four grown children and one grand baby (so far!). Her YA fantasy is available through Amazon or may be ordered through any book retailer. Books include The Tethered World (OCW Cascade Award finalist), The Flaming Sword (OCW Cascade Award winner, Speculative Fiction), and The Genesis Tree (a finalist in the Realm Awards, Selah Awards, and OCW Cascade Awards. . .TBA this summer). Connect with Heather: website/blog (free eBook with newsletter sign up),  Facebook, Pinterest, Twitter, Instagram. 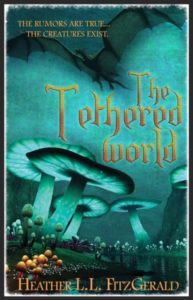 Police knocking on the door and parents gone missing? Definitely not normal!

When Sadie uncovers the reasons behind her parents’ disappearance and the truth about her heritage, she despairs of ever feeling normal again. Especially when she learns that her mother’s interest in Bigfoot, Dwarves, and other lore extends beyond her popular blog. Sadie’s family has been entrusted with keeping the secrets of the Tethered World—home to creatures that once roamed the Garden of Eden.

Sadie and her siblings must venture into this land to rescue their parents. Stepping out of reality and into a world she never knew existed is a journey Sadie fears and resents. But she chooses to risk all to save her family.

She’s just not sure she will survive the process. 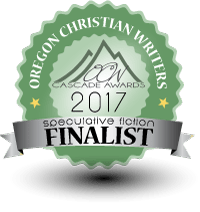 Remembering the Doolittle Raiders on the anniversary of the Raid! Four spent thirty-six months in utter lock-down: solitary confinement. Here are thoughts on what made all the difference.

#Giveaway This weekend marks the 79th anniversary of WWII's daring Doolittle Raid, which inspired both my novels. Every year I do what I can to memorialize the occasion. It's become something of a sacred trust.
This year, I have a new book trailer with actual footage from the Raid, PLUS I'm hosting a **special #RememberTheRaiders giveaway**. You could win a copy of The Plum Blooms in Winter, my Christy-finalist debut novel inspired by the Raid, in your choice of format--including the brand-new audiobook! Other prizes include two classic films: the 2019 Midway movie and Thirty Seconds Over Tokyo. Plus, everyone who enters receives a free WWII story 🎁📚!
✔️✔️ Register here: www.lthompsonbooks.com/blog/greatest-peril-doolittle-raid/ ... See MoreSee Less