My Most Memorable Christmas Gift 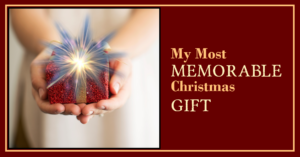 My author-friend, and missionary, Richard Spillman ran this post on the Mountain Brook Ink blog tour a few weeks ago. I loved it so much I begged him to let me share it with you this weekend. 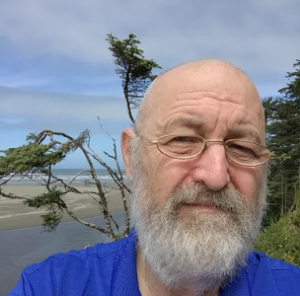 Sometimes during our walk with Christ our faith is challenged. Can it sustain us when suffering? Where is God when we are hurting?  Can prayer really help? Tough questions. This is the story of how, one Christmas, I found some answers.

It was late at night when I knelt by my daughter’s bed. As I had done for the last several months, I cried out to God for healing. I commanded the enemy to leave her alone. I pleaded for God to protect her. I was facing the greatest challenge in any father’s life, and it was quickly becoming more than I could bear.

My young daughter, Annie, was suffering from a serious, life-threatening illness. She had been in and out of hospitals, but all the doctors could do was adjust her medication to try to control her disease. There was little hope of a cure.

Throughout her illness, I felt helpless. There seemed to be nothing I could do to make her better. I did not understand what she was going through or how to respond to her needs. I couldn’t sleep at night. I woke at two or three in the morning and simply could not get back to sleep. I began to get angry with God. I was frustrated by my sleepless nights. I searched for something positive that I could do.

Eventually, I decided to use this time to pray for Annie. I went up to her room and knelt over her bed. I put one hand on her and prayed for God to protect her.

I had done this for months, but one night, something different happened. As I got up to leave, I heard a little voice say, “I love you, Daddy.” It melted my heart.

Neither of us mentioned that prayer time the next morning. I had no idea that this ritual of prayer would continue for four years. 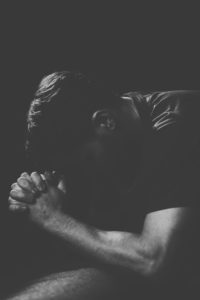 Every night I would slip into her room, and two or three times a week, as I left, I would hear, “I love you, Daddy.”

I am happy to report that twenty years later, Annie is completely healed and doing very well. She has two beautiful children and is walking with the Lord. There is a lot I will never forget about those four years but the most memorable is the first Christmas Eve after it was clear that she was healed. Late in the afternoon she came home holding something in a large sack behind her back. She had me sit down and told me she had a gift for me that she just found at the local Christian bookstore. She said she was so excited to give it to me that she didn’t want to take time to wrap it and wait until the next day for me to open it. “Please Daddy, can I give it to you now.”

Who am I to turn down an early Christmas present? Besides, I was so curious about it was that had my daughter bouncing off the walls to give to me. “Sure,” I answered.

Her face burst out in the biggest smile I had ever seen as, from behind her back, she pulled out a painting. When I saw it I immediately started to cry.

It was a picture of a father kneeling over his child’s bed praying, with the faint outline of an angel behind him.  The verse at the bottom was James 5:16, “The prayer of a righteous man is powerful and effective.” That picture hangs on the wall behind me as I write this today. It is the best Christmas present I have ever received.

(NOTE: I wish I could feature the painting Richard’s daughter gave him: Spiritual Warfare by Ron DiCianni. Very moving, but it’s copyrighted. You can see it here.)

Would you like to open God’s free gift to you right now?

You can celebrate this season with a personal relationship with Jesus, and know the promises of the Bible have become your own. 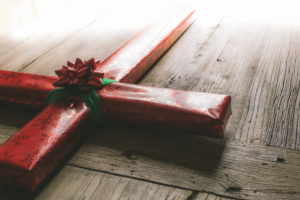 If you’ve never opened God’s gift of salvation through Jesus (Rom 3:23, 6:23), please please please be persuaded to do it now! It’s simple. Just tell God from your heart that you admit you’re a sinner that needs a Savior (“For all have sinned and fall short of the glory of God.” Rom 3:23) that you’re done running your own life, and that you’re ready to make Jesus Lord of your life. 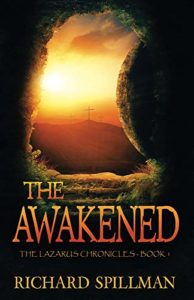 Everyone dies once. But what if a chosen few were raised from the dead?

Two thousand years ago Jesus resurrected his friend, Lazarus, who founded a secret organization: SOAR. Since then Jesus has added to the resurrected—The Awakened—to aid Lazarus in SOAR’s battle against Satan’s slaves, the UnVeilers. The threat is escalating. The UnVeilers have stepped up their attacks on mankind through a charming leader and a devastating series of bombings in Dubai and Tel Aviv.

But the invasion doesn’t stop with international terrorism. The UnVeilers are searching for a secret that Jesus embedded in Lazarus’ journal that not even Lazarus knows—and it will determine the fate of mankind. After a failed cyber-attack against SOAR’s computers, Lazarus and his team of experts must find the secret before the UnVeilers do. What clue is he overlooking that could turn the tide of this ageless conflict?

The souls fighting with Lazarus are weary, but the war against evil is far from won. Can Lazarus and his team set aside their longing for heaven and put a stop to these satanic attacks before it’s too late?

Dr. Richard Spillman founded the Kingdom is Near Ministries (KIN). Through KIN he has supported an orphanage in Uganda as well as a church/school for kids from conflict zones in the Philippines. He has led small teams on short term missions into slums and jungles around the world. He has also taught in DTS for YWAM in Mali, South Korea, India and the Philippines.