The Prophetic Picture in Pentecost

As you probably know, much of the Christian church will observe, or at least acknowledge, Pentecost this weekend. Growing up in a liturgical church, I heard the term “Pentecost” quite a bit each spring, thanks to the important role this Feast plays in the Book of Acts. But I had only a fuzzy idea of what it was about.

In fact, like the rest of the Feasts, Pentecost gives us a stunning prophetic picture. Stick with me… 🙂

I’ve also got a resource that summarizes the Feasts in a nutshell, if you’re interested:

Shavuot / Pentecost comes fifty days after the third Feast, which we call the Feast of Firstfruits, which is tightly clustered with Passover and the Feast of Unleavened Bread. Firstfruits was the feast on which Yeshua’s resurrection occurred.

Shavuot was one of the three pilgrim feasts, meaning that all Jewish males were required to present themselves in Jerusalem. Which explains why Jerusalem was filled with “devout men from every nation under heaven” in Acts 2:5, and why Paul was rushing to reach Jerusalem in time for the Feast in Acts 20:16.

In Jewish tradition, Shavuot commemorates the day God revealed His law to His people and they covenanted to obey it. (Ex 24:7) To be set apart for Him. In the ancient Talmud,

But as always, these shadows and copies in the Hebrew Scriptures find deeper expression in the new covenant!

Please excuse me while my engineer shows for a minute. 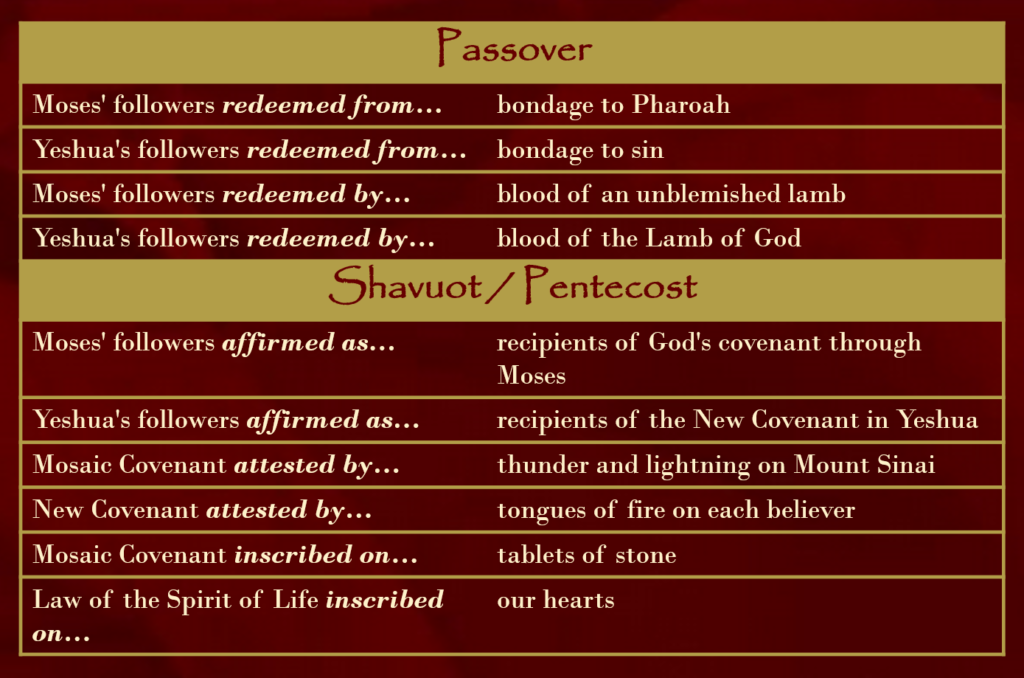 Aren’t these parallels amazing? To me, God’s Feasts always demonstrate how unquestionably He is God!

God delivered a people out of Egypt, but it was through the commandments that He established a nation, a community set apart unto Himself through whom the world would see the one true God. – Rabbi Jonathan Bernis

Similarly, through His death and resurrection Yeshua delivered His people from sin. But it took His gift of the Holy Spirit to make us His body, His church.

In Torah, Shavuot was a harvest festival, where the firstfruits of the wheat harvest were presented in the Temple.

But wait… firstfruits? Didn’t we do the Feast of Firstfruits seven weeks ago?

That’s a telling point. Yes, seven weeks ago we talked the Feast of Firstfruits. But that Feast was for the barley harvest. Shavuot was for the wheat.

In fact the Hebrew spring and summer involved a procession of firstfruits (ביכורים—bikkurim) celebrations, which would go on until the “Feast of Ingathering” (Tabernacles).

“But now Christ is risen from the dead, and has become the firstfruits of those who have fallen asleep.” (1 Cor 15:20) 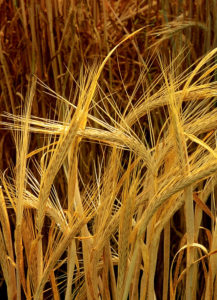 “For He Himself is our peace, who has made both one, and has broken down the middle wall of separation [between the courts in the Temple], having abolished in His flesh the enmity… so as to create in Himself one new man from the two, thus making peace, and that He might reconcile them both to God in one body through the cross….” (Eph 2:14-16)

To me, the emergence of Messianic Judaism and this “one new man” is one of the most exciting things God is doing in our day!

But now Christ is risen from the dead, and has become the firstfruits of those who have fallen asleep…. But each one in his own order: Christ the firstfruits, afterward those who are Christ’s at His coming. Then comes the end, when He delivers the kingdom to God the Father, when He puts an end to all rule and all authority and power. (1 Cor 15:20,23-24) 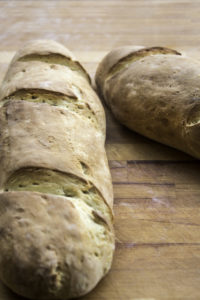 This is one of the key reasons some scholars believe the Rapture will occur at Shavuot. With everything going on in the middle east right now, in Israel’s eighth decade, with the Ezekiel 38 war threatening, could this be the year?

Of course it could. We’ve been put on alert in so many ways. Here’s my personal top four list.

But regarding this business of firstfruits, we’re not done…

The mitzvah of bikkurim (first fruits) began when a farmer in Israel (and some of the surrounding areas) would go out to his field and find budding fruit, and tie a reed around them, verbally declaring them “first fruits.”… Wealthy people would use trays of gold and silver, and simple folk would use baskets of grass and reeds…. Villagers of each region would gather [periodically] in a central town…. An ox with horns coated in gold would lead the procession, a crown of olive branches on its head…. A flute was played before the procession until it approached Jerusalem…. All of the artisans in Jerusalem would stand and greet them: “Our brethren, the inhabitants of so-and-so, you have come in peace.” 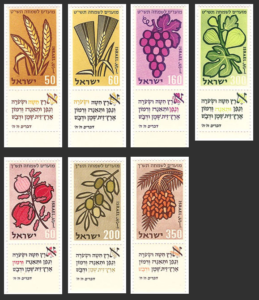 The seven species of ancient Israel.
Barley, wheat, grapes, figs,
pomegranates, olives, dates–all
would be presented in the Temple
as “bikkurim.” (Stamps from 1958)

Then I looked, and behold, a Lamb standing on Mount Zion, and with Him one hundred and forty-four thousand, having His Father’s name written on their foreheads…. These are the ones who follow the Lamb wherever He goes. These were redeemed from among men, being firstfruits to God and to the Lamb. (Rev 14:1,4)

These 144,000 Jewish tribulation saints have been marked, like the crops for the bikkurim observance, and stand in the heavenly Temple as firstfruits.

We see them twice. The first time, they are accompanied by the “great multitude” of tribulation saints “which no one could number, of all nations, tribes, peoples, and tongues, standing before the throne and before the Lamb, clothed with white robes, with palm branches in their hands…” (Rev 7:9).

Here’s what strikes me. These saints who come out of the tribulation–the 144,000 and the “great multitude”–are the mid-summer firstfruits. 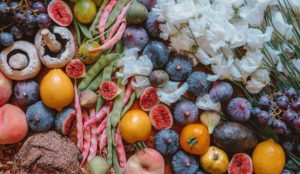 And another angel came out from the altar, who had power over fire, and he cried with a loud cry to him who had the sharp sickle, saying, “Thrust in your sharp sickle and gather the clusters of the vine of the earth, for her grapes are fully ripe.” So the angel thrust his sickle into the earth and gathered the vine of the earth, and threw it into the great winepress of the wrath of God. (Rev 14:14-19)

To put it a little differently, after the 144,000 Jewish tribulation saints appear as “firstfruits” with the Lamb in the heavenly Temple on Mount Zion, the Ingathering begins.

So here’s the picture:

So Pentecost is a picture of our blessed hope!

…looking for the blessed hope and glorious appearing of our great God and Savior Jesus Christ… (Titus 2:13)

For the Lord Himself will descend from heaven with a shout, with the voice of an archangel, and with the trumpet of God. And the dead in Christ will rise first. Then we who are alive and remain shall be caught up together with them in the clouds to meet the Lord in the air. (1 Thes 4:15-17)

This episode with marking and separating the righteous prior to a period of harvest recalls another tragic passage in scripture. In Ezekiel 8, the prophet is given a vision of men and women, even the very “elders of the house of Israel,” given over to idolatry. The Lord declared His people had “filled the land with violence” (חָמָ֗ס–hamas)–yes, those are the same words used in Genesis 6:11 before the flood.

What happened next in Ezekiel’s vision?

Now the glory of the God of Israel had gone up from the cherub, where it had been, to the threshold of the temple. And He called to the man clothed with linen, who had the writer’s inkhorn at his side; and the Lord said to him, “Go through the midst of the city, through the midst of Jerusalem, and put a mark on the foreheads of the men who sigh and cry over all the abominations that are done within it.” To the others He said in my hearing, “Go after him through the city and kill; do not let your eye spare, nor have any pity. Utterly slay old and young men, maidens and little children and women; but do not come near anyone on whom is the mark….” (Ezek 9:3-6)

As in the book of Revelation, the righteous remnant was marked prior to the reaping, which in this case was the siege and destruction of Jerusalem. 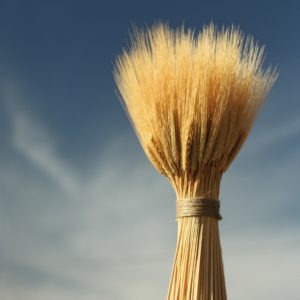 But as we’ve seen again and again, what happens in the Hebrew Scriptures foreshadows events in our age. “As in the days of Noah” (Luke 17:26, Gen 6:11), and as in Ezekiel’s day, the earth today is filled with violence–חָמָ֗ס–Hamas! I am sadly confident we haven’t heard the last of Hamas, and of the nations raging against God and against His redemptive plan for “the holy hill of Zion.” (Ps 2:6)

“Sixty years ago when I first started preaching, you had to scratch around like a chicken to find one sign of the Lord’s soon return. But today there are so many signs I’m no longer looking for them. Instead, I’m listening for a sound—the sound of a trumpet!”
– Elbert Peak at a Bible prophecy conference in the early 1990’s, as quoted by David Reagan

Brothers and sisters, come to Yeshua for salvation NOW, before the tragic reaping. While you can still meet Him in the air as a “firstfruit offering”!

Would you rather meet Him as Kinsman Redeemer or as Righteous Judge? 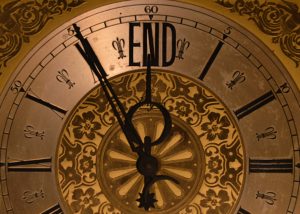 #FreeThemFriday I was an energetic advocate for the campaign to free Asia Bibi, but it never leaves my mind that there are hundreds more like her, suffering in obscurity. 😰 Please pray for Imran, rotting in jail in Pakistan because his neighbor coveted his storefront! His is just one of 219 unheard stories of Christians jailed under Pakistan's blasphemy laws.
www.persecution.org/2020/02/14/beyond-asia-bibi/
(PS: Sorry...I've been quiet on social media this week due to writing DEADLINES, but I try not to miss this weekly post!) ... See MoreSee Less

Asia Bibi, a Christian woman, spent eight years on death row in Pakistan simply because of an argu­ment with Muslim coworkers!