Home \ Blog \ When the Queen Finds Her Voice

When the Queen Finds Her Voice

Esther, the unwilling queen, confronts us with a timeless question.
Are we bold enough to walk in our true identity as God’s people?
Or are we content to “live large in Babylon”?

For if you remain completely silent at this time, relief and deliverance will arise for the Jews from another place, but you and your father’s house will perish. Yet who knows whether you have come to the kingdom for such a time as this? (Est 4:14) 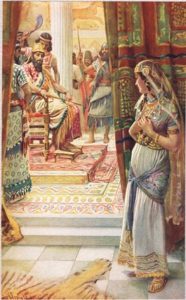 This week, the Jewish people observed Purim (POOR-ihm), a carnival-like celebration that commemorates the events of the Book of Esther. On the surface, Esther is a story of how the Lord transformed a meek young woman into a powerhouse and used her to deliver the Jewish people from a vicious enemy determined to annihilate them. But like most stories in the Hebrew Scriptures, the significance runs deeper—to the universal battle between God’s people and the ageless enemy who “walks about like roaring lion, seeking whom he may devour” (1 Pet 5:8).

For me, Esther’s story has four key messages, and they’re as relevant today as ever.

Much is made over the fact that the Book of Esther is the only book of the Tanakh [the Hebrew Scriptures] that does not explicitly mention the name of God. However, the idea of God’s sovereignty and hashgachah (divine providence) is clearly implied throughout the entire story.

God is always at work. But sometimes He works offstage. This is especially likely if we’re hidden believers, “denying Him before men” (Matt 10:33).

Our story begins when Mordecai, a Jew living in Babylonian captivity, adopts his orphaned cousin Esther. I always assumed they were exemplary Jews, to get a whole book of the Bible devoted to their story. But in fact there are a lot of clues that Mordecai and Esther started out as survivors, snugly assimilated into the pagan culture around them.

Message #2: We Must Walk Without Apology as God’s People

Perhaps seeing his beautiful young cousin ripped away to gratify the despot’s dark desires jolted Mordecai from his complacency about the dangerous reality of his situation, “living large in Babylon.” In any case, he walked in front of the harem daily to learn how she was faring. Some time passed and he became a court official (Est 2:19). But the next time he faced a major test, he did take a stand. He announced he was a Jew and refused to bow to the king’s newly promoted grand vizier, Haman the Agagite. (Est 3:2-4)

Well, guess what happens when we refuse to bow to the “little-g” gods of this world? They get hopping mad!

Commentators are also quick to point out the transformation Esther experienced through the course of the story—like most Bible heroes! From a compliant young woman who doesn’t want to ruffle feathers:

Esther had not revealed her people or family, for Mordecai had charged her not to reveal it. (Est 2:10)

Now when the turn came for Esther the daughter of Abihail the uncle of Mordecai, who had taken her as his daughter, to go in to the king, she requested nothing but what Hegai the king’s eunuch, the custodian of the women, advised. (Est 2:15)

…to every inch a queen. The Jewish sages even credit Esther with taking on the mantle of a prophet when she realized the danger she and her people were in. Why? Because when she declared a fast, she did so across the Lord’s ordained feast of Passover.  That required a prophet’s authority. (The Book of Esther doesn’t mention this explicitly, but it records the date of Haman’s edict as Nissan 13 [Est 3:12], which puts the fast on top of Passover.)

Message #3: The Spirit of Haman Is Timeless

It wasn’t enough to punish Mordecai. Haman lusted to annihilate his entire race. How often have we seen this in history–an irrational, teeth-gnashing hatred of the Jewish people? And trust me, the spirit of Haman that wishes to destroy God’s people is very much alive today. (See my post on how Ezekiel 38 is playing out in our day. We live in a day when prophecies are leaping off the Bible’s pages and into the headlines!)

Or consider this headline from Iran, a.k.a. modern-day Persia. Did you know that International Quds Day, which loosely translates to “Death to the Occupiers of Jerusalem Day,” is an official annual Ramadan observance in much of the Muslim world–especially in Iran?

Haman serves as an infamous type of the forces that array themselves against all of God’s people. If they can’t disable us through creeping compromise, they turn on us to destroy us.

Esther’s story is familiar enough that I don’t think I need to detail it here. By all means, read the book if you haven’t read it recently! It’s exciting! But, spoiler alert: Haman’s plans backfire—badly—and God wins. Our God is always able, more than able, to shepherd His people to their destiny. The enemies of Israel will not prosper in the end. Nor will those who attempt to derail the people of His New Covenant.

“It is impossible that no offenses should come, but woe to him through whom they do come! It would be better for him if a millstone were hung around his neck, and he were thrown into the sea…” (Luke 17:1-2)

One of the key messages of the book of Esther is that there are no coincidences—only God-incidences. So here’s one I find quite remarkable:

Praise God! I never thought of Esther as a type of Christ. But of course when she lays her life on the line to deliver God’s people from their accuser, she is! (And this is exactly why I’ve become so fascinated with the Hebrew calendar. Because only God could make stuff like this up. Tell me human history isn’t appointed!)

According to sages, any day that is marked by special deliverance by the Lord can be called a “Purim.” In fact, Yom Kippur (the Day of Atonement) is also knows as Yom Kippurim in the Tanakh (Hebrew Scriptures), which can be read as Yom Ke-Purim, a “day like Purim.” Thus, the day on which Yeshua sacrificed Himself on the cross is the greatest Purim of all, since through this we are eternally delivered from the hands of our enemies.

Those who’ve been with me for a while know I often blog on Hebrew calendar. This post on Purim completes the cycle—I’ve blogged now through the entire year of Jewish feasts. Reflecting back, the education for me has been fabulous. And I hope I’ve managed to share some of that excitement with you!

Here’s what this journey has meant to me:

Which Esther Am I?

A couple weeks ago, my Valentine’s Day post featured another iconic woman from the Hebrew Scriptures: the bride from the Song of Solomon. She confronts me with a question.

There’s a place where the Song of Songs feels like a “tale of two brides.”

So if Christ is our Heavenly Bridegroom, which bride are we?? Is God our all-in-all, or a passing affair to swoon over when it suits us?

Mordecai and Esther confront me with the same question. Which Esther am I? Am I the “before” Esther, hesitant to ruffle feathers while I’m living large in Babylon? Or the “after” Esther, walking without apology in my identity as a woman of God?

Or… which virgin? The wise virgin who illuminates the path with my personal lamp filled with oil? Or the foolish one left standing outside in the dark?

When our Lord returns—soon and very soon—to claim His bride, I know which one I want to be! 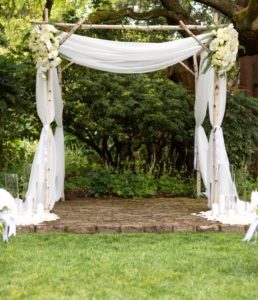 I used to wish I could have been alive when Jesus of Nazareth walked the earth. How amazing would it have been to see “the Word made flesh”? But I’ve come to realize that the days in which we live are just as prophetically significant. I know every one of us is here because God has some special work for us. What a privilege to be placed here now, “for such a time as this” (Est 4:14)! I pray regularly that I won’t miss a single nuance of the good works God has prepared beforehand for me (Eph 2:10)–and I pray that for you too.