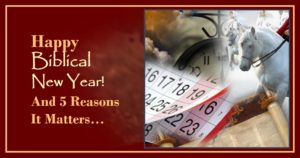 Last evening, if you happened to gaze at the crescent moon, you witnessed a momentous occasion—the Biblical New Year (Rosh Chodashim). But unless you live among Jewish people, the occasion probably passed unmarked by those around you.

Five key messages for this (and every!) New Year

Biblical New Year? Let me explain. When the Lord rescued the Israelites from Pharaoh’s brickyards, He purposed to make them “a people for His own possession” (Ex 19:5). The Complete Word Study Bible renders this “a peculiar treasure unto Me.” Isn’t that lovely?

And today, as the workaday world “goes viral” around us, don’t we long for that? As supply chains disintegrate, jobs disappear, normal activities cease and financial markets free fall, don’t we yearn to show ourselves as faith-filled believers who trust Him? Looking to Him to redeem us from this mess, rather than to manna from Washington? 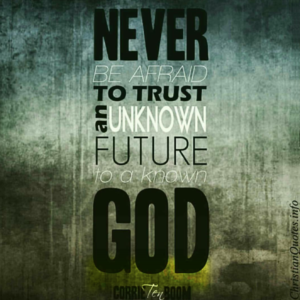 As a “people for His own possession,” rather than married to this world, so rapidly tumbling into God-rejecting disorder?

From Pharoah’s brick-workers to royal priesthood. The transformation for Israel, as for us, would be extreme. Yes, there would be the profound experience at Mount Sinai, when He descended upon the mountain in smoke and fire and the ground quaked at the sound of Him. When He gave them the entire Mosaic code with its elaborate rituals and its hundreds of do’s and don’ts. And then there would be forty years in the wilderness, teaching them to fully trust Him.

But even before that, there were some immediate concerns. God gave Israel several commandments well before they received the Law on Mount Sinai:

Everything on this list is profound, but my focus now is on the first item.

One of the first things the Lord did to set the Israelites apart as His distinct people was to give them a distinct calendar. Intriguing!

Was it that important? Why?

“In the beginning,” God created the sun, the moon and the heavenly bodies “to separate the day from the night, and… for signs and for seasons and for days and for years.” (Gen 1:14)

The Egyptians had a solar calendar that sounds fairly similar to ours—no accident there, since the Gregorian calendar we use is of pagan Roman origin. Their calendar followed the course of the sun, the symbol of the power of their sun-god Ra. The months in the Egyptian calendar were named for the chief gods in their pantheon of deities—just as ours are named for Roman deities. Osiris, god of the afterlife. Isis, the earth goddess. Nephtys, the goddess of night and temple worship.

The sun, the night, the earth. Worshiping the creature rather than the Creator much? Clearly that wasn’t God’s plan when He created the heavenly lights for a sign to us!

The very first word of the Torah indicates the awareness of the significance of time—“in the beginning…”—and the very first commandment given to Israel was to sanctify the “new moon,” thereby departing from the solar tradition of the Egyptians.
– John J. Parsons on the Hebrew4Christians site (highly recommended!)

As God directed Moses to prepare the people for the journey that would set them free, He said, “This month shall be the beginning of months to you; it is to be the first month of the year to you.” (Exodus 12:2) God does not give those months names like the Egyptians did–although the Israelites named them later, during their Babylon captivity. In the Bible, God merely numbers them.

The whole amazing celestial apparatus… God created it for us. “For signs and for seasons and for days and for years” (Gen 1:14). As He claimed His people back from Egypt, the time had come for Him to reveal His plan behind this. Aren’t you curious?

What was the plan, then?

Our God is nothing if not consistent. “God so loved the world” (John 3:16) that the message always centers on redemption!

God’s introduction of a new calendar was given as part of His specific directions for salvation from the final plague on Egypt. So the first purpose behind the new calendar was to give the Israelites the timetable for their redemption.

Don’t miss this. Redemption didn’t come for free just because one had Israelite parents or professed a belief in Yahweh or had suffered terrible oppression in the brickyards.

To receive the Lord’s redemption from the death that struck the firstborn of Egypt, God’s people had to follow His precise instructions.

An unblemished lamb had to be selected on the tenth day of that first month and slaughtered on the fourteenth. That unblemished lamb’s blood had to be painted around the door to their home—no other randomly-selected animal would do. The ritual had to be performed in the right way on the right evening or they would not escape the fate of unbelieving Egypt.

God was showing His people that “without blood there is no remission of sins” (Lev 17:11, Heb 9:22). And without the obedience that comes as the natural fruit of a believing heart (“the obedience of faith,” Rom 1:5) there is no application of the blood.

#2—A commemoration of redemption.

“Now this day will be a memorial to you, and you shall celebrate it as a feast to the Lord; throughout your generations you are to celebrate it as a permanent ordinance.” (Ex 12:14) As soon as the Lord completed the directions for the first Passover, He instituted the Passover celebration as an annual commemoration of Israel’s miraculous redemption. The new calendar would provide the timeclock for repeating the celebration, so all generations would be reminded of that redemption and its significance.

This is a biggie.

This isn’t laid out explicitly Exodus 12, but the Lord is very clear elsewhere that His people, for “My own possession… a kingdom of priests and a holy nation” (Ex 19:5-6), were to have no part in the worship of idols. The word translated “holy” in Ex 19:6 means something that has been ritually set apart—dedicated—for use in serving the Lord.

Egyptian practices were to be left in Egypt.

After four hundred years, I imagine the Egyptian calendar was something the Israelites just accepted as a matter of course. But wouldn’t the months named after Egyptian gods serve to remind them of the life they’d left behind? God’s “holy nation” couldn’t serve the gods of Egypt even in a seemingly small thing like a calendar. He wanted his children to erase all memory of Egypt’s false gods and focus all their hearts, souls and strength (Deut 6:5) on following the One True God.

It needn’t be this glaring. Anything I put above God is an idol! What are mine?

#4—A blueprint for future redemption.

Jesus came to fulfill the Law. Passover and the other feasts are wonderful examples of that.

Passover was the first of several “feasts to the Lord” the Hebrews were given. On Mount Sinai God revealed six more. So there are a total of seven Feasts to the Lord—the number that in the Bible represents completion or perfection—with the new lunar calendar determining the dates. (That’s why Jewish holidays seem to “float” with reference to our solar calendar.)

Note that these seven are not called “your feasts” or “feasts of the Jewish people.” They are feasts to the Lord. And they offer an amazing blueprint for God’s ultimate redemptive plan. The first four feasts, the Spring Feasts, are types of Jesus’ first coming. They were all fulfilled, in sequence, in precise detail perfectly on their appointed dates on the Hebrew calendar. (And I posted on all of them through the course of the year, so I’ve linked to those posts in the list below.)

The last three feasts, the Fall Feasts, have yet to be fulfilled.

Here are the Fall Feasts:

The seven Feasts to the Lord–representation from The Prophetic Scroll. Menorah image by Luis Gonzalez on Unsplash

And by the way, Jesus celebrated these feasts–several are mentioned in the Gospels, especially in the Gospel of John–as did the early church. Not the feasts the Christian church celebrates today. For more on the Feasts and how they speak of Messiah, you might start here.

(This one’s a little speculative, I admit.) Perhaps another reason was just to break the mold. Now that the Israelites were a people for God’s possession, He wanted to show them that they should look at everything in their lives differently. Even things that might not seem worth questioning, like a calendar.

If anyone is in Christ, he is a new creature; the old things passed away; behold, new things have come. (2 Cor 5:17)

What Does the Hebrew Calendar Have to Do with Us?

Am I suggesting we need to jettison our Gregorian calendar?

No. When I schedule something for Thursday, it doesn’t lead me to ponder the supposed greatness of the Norse god Thor, or remember how I was forced to build his temple in my former life of slavery. The fact that our days and months were once named for false gods doesn’t even hit my consciousness.

But I think there is a message here around radical separation from the ways of the world.

In what ways am I continuing in practices tainted by idolatry? “Or what agreement has the temple of God with idols? For we are the temple of the living God.” (2 Cor 6:16)

Here’s the challenge Joshua issued to the nation of Israel in their valley of decision:

Choose for yourselves today whom you will serve: whether the gods which your fathers served which were beyond the River, or the gods of the Amorites in whose land you are living; but as for me and my house, we will serve the Lord. (Joshua 24:15)

The Day of the Lord is near–so many signs it’s scary near! This article documents how events have evolved, even since Jan 1, related to the birth pangs Yeshua warned us of.–wars and rumors of wars, spiritual deception, famine, pestilence, earthquakes, etc. How can I reach out better to help others choose whom to serve??

As for me and my house, are there areas in which we’re still yielding ground to the gods of this world? Or where we’re letting old practices, habits and thought patterns lurk around unexamined, hindering us from fully serving Christ? Perhaps even seemingly little things we don’t think to question. I mean, “everybody does it,” right?

Maybe “everybody” does it. But sadly, not everybody has chosen to become the Lord’s “peculiar treasure.”

If you haven’t yet chosen to follow Christ Jesus, to become that “new creature” (2 Cor 5:17) set apart to be His peculiar treasure,… I beg you. Let today be the day! 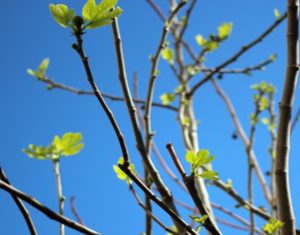